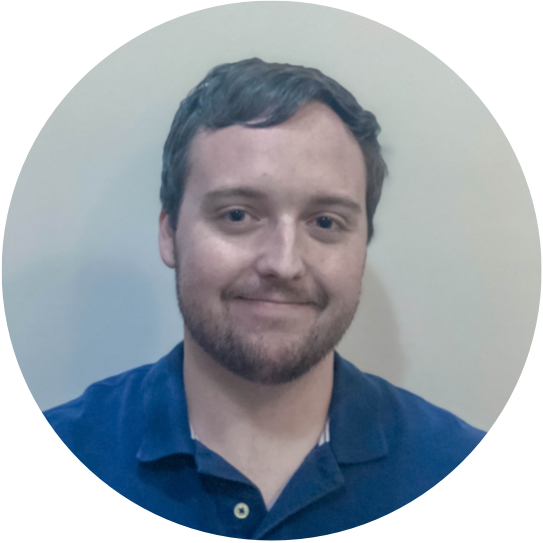 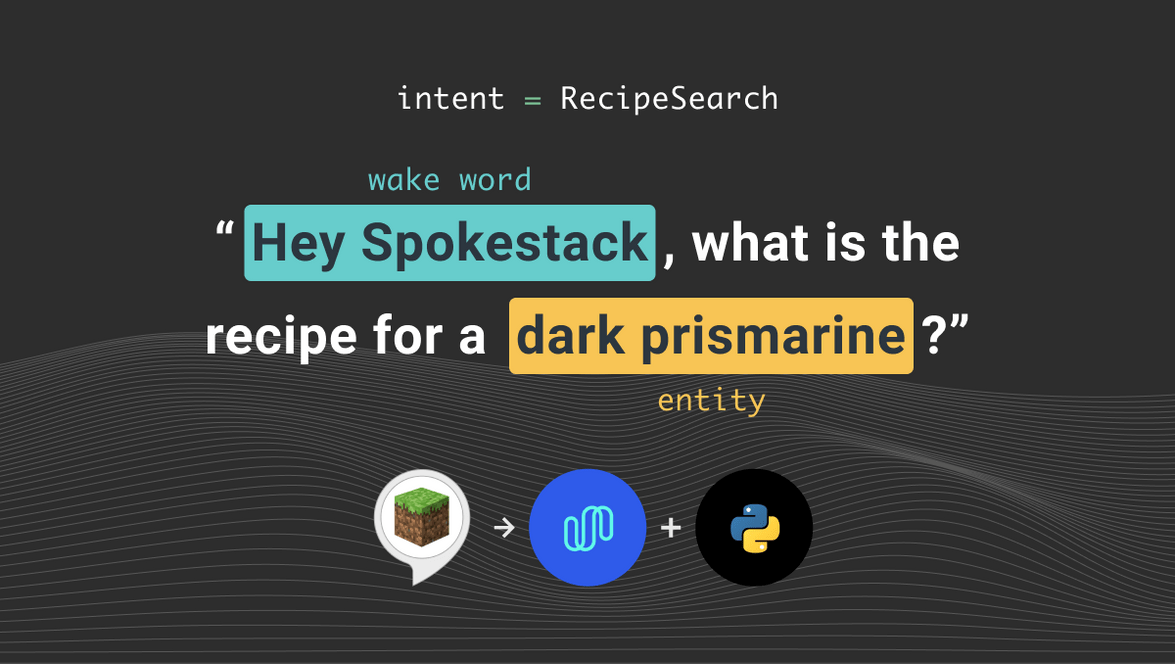 This is a tutorial on how to port a simple Minecraft recipe skill to Spokestack using the spokestack-python library. It is similar to our mobile tutorial series, but the Python version not have any GUI components. This makes the experience closer to that of a smart speaker. We will discuss the concepts for each part of the user interaction briefly, but for a full description check out our documentation. Before we get into the programming, we will need to get API keys from our Spokestack account.

Setting up the Project

First let’s make a directory to hold the project.

Then there are some system dependencies.

Then the python dependencies.

If you would like to try out the final version of the Minecraft app, you can now run it with:

To follow along with the tutorial, we recommend making a new python file titled myapp.py or similar so you can compare it to the original app.py.

An essential piece to any voice interface is the ability to detect when the user is speaking, then convert the spoken phrase into a text transcript. Spokestack has an easy-to-use speech pipeline that will handle this for us. The speech pipeline consists of three major components: a voice detection module, a wake word trigger, and a speech recognizer.

Accepting audio input is always the first step in the pipeline. For this demo, we will use the included input class that leverages PyAudio to stream microphone input to the pipeline. The class is initialized like this:

The second component we are adding to the pipeline is the VoiceActivityDetector. This module analyzes a single frame of audio to determine if speech is present. This will be the component that allows audio to flow through the rest of the pipeline. For simplicity, we will use the the default voice activity detection settings. The voice activity component can be initialized with the following:

Now that we have a way to determine if the audio contains speech, let’s move on to the component that activates the pipeline when it hears a specific phrase.

The wake word component of the pipeline looks for a specific phrase in the audio input and signals the pipeline to activate ASR when it is recognized. For our purposes, we will be using “Spokestack” as the wake word. As with most voice assistants, “Hey Spokestack” will work as well. The process to initialize this component mirrors the way we set up voice activity detection. The directory passed to model_dir should contain three .tflite files: encode.tflite, detect.tflite, and filter.tflite. These can be found inside the tflite directory of the project GitHub repository.

Once the skill is actively listening for user speech, all we have to do is transcribe what the user says.

ASR is the most critical piece of the speech pipeline, because it produces the transcript that is used to turn speech into actions. However, critical components do not have to be difficult to add. The following initializes the ASR component.

Note: This is where you will need your API keys from the account console.

An issue you may run into is the ASR not being activated long enough or being active for too long. To configure this for your use case, you can add the ActivationTimeout component to the pipeline with a minimum and maximum value in milliseconds. This component can be initialized with the following:

Now, we can put it all together in the pipeline. After this step, you will be able to wake the assistant by saying “Spokestack” and produce a text transcript of what is said next. For the Minecraft skill you would say something like, “Spokestack, what is the recipe for a snow golem?“.

In the application, we don’t want to print the transcript, but we’ve added that so you can see the results if you’ve been running the code as you follow along. In the subsequent sections, we will discuss a couple new components and also flesh out this event handler to allow the Minecraft skill to understand the user’s request and select an appropriate response.

The Natural Language Understanding, or NLU, component takes a transcript of user speech and distills it into unambiguous instructions for an app. The paradigm used in most systems is the intent and slot model. Essentially, an intent is the function the user intends to invoke, and the slots are the arguments the intent needs to accomplish its action. For example, a user may say What is the recipe for a dark prismarine?. In this case, the intent is RecipeSearch, and the slot is dark prismarine . The initialization of the TFLiteNLU should look familiar at this point. The directory passed to model_dir contains three files: vocab.txt, metadata.json, nlu.tflite. These files are necessary to run our on-device NLU model and are in the tflite directory of the GitHub repository.

Now is a good time to add the NLU to our on_speech event handler:

Now that we know what recipe the user is looking for, you may be wondering how we turn this into a response. The following section will explain just that.

The Minecraft dialogue manager is fairly simple. The basic component necessary is a way to look up the recipes, and the rest is just string interpolation. Since we have a relatively limited number of recipes, we can implement the lookup as a simple dictionary in Python. Below is a snippet of the recipe “database”.

This makes looking up a recipe very concise: DB.get("snow golem"). There can be an issue with using the dictionary lookup alone though. Let’s say that due to an ASR error the parsed slot isn’t a full match for snow golem, but it is something like sow golem. A simple dictionary lookup will not be able to resolve those slots. However, there is a method that we can add to deal with small errors like that. This method is called fuzzy matching, and based on the similarity between snow golem and sow golem we can make sure that the latter resolves to the actual entity. In this tutorial, we will use the python library fuzzywuzzy to make these matches. Below is the way it is used in the tutorial repository.

We are simply overwriting the parsed entity with the one that is the closest match from the set of possible entities. The full dialogue manager can be seen below:

Now we can add the dialogue manager to the event handler.

OK, that was a lot to cover, but we are almost to the finish line. In the next section, we will learn how to convert the app’s text responses into speech.

Much like the name suggests, TTS translates written text into its spoken form with a synthetic voice. This tutorial assumes you are using our default voice, but if you have a paid plan you can replace demo-male with the name of a custom voice. To initialize the TTSClient, you simply do the following:

Note: This is another part where you will need your Spokestack API keys. However, notice that the URL for TTS is slightly different than for ASR.

Another important aspect of this section is playback. We have a PyAudio-based output class that will play through your system’s default playback device. As a convenient way to manage speech synthesis and playback, we have the TTSManager. Look below to see how to initialize that with an output source.

Now we can update our event handler to read the response.

We now have a fully working example except for two final commands. We have to start and run the pipeline!

Then you can start the skill by running this command in the terminal. The skill will remain running until you say “stop”.

Now you should be able ask your skill about how to craft things in Minecraft. If you get a chance, I recommend trying it out in-game; despite its simplicity, it is actually very useful.

At this point you may have already cloned the repository, but if you have not, check out the full example on GitHub.

If you have any questions while getting this set up we have a forum, or you can open an issue on GitHub. In addition, I am more than happy to help if you want to reach out to me personally via email or Twitter.